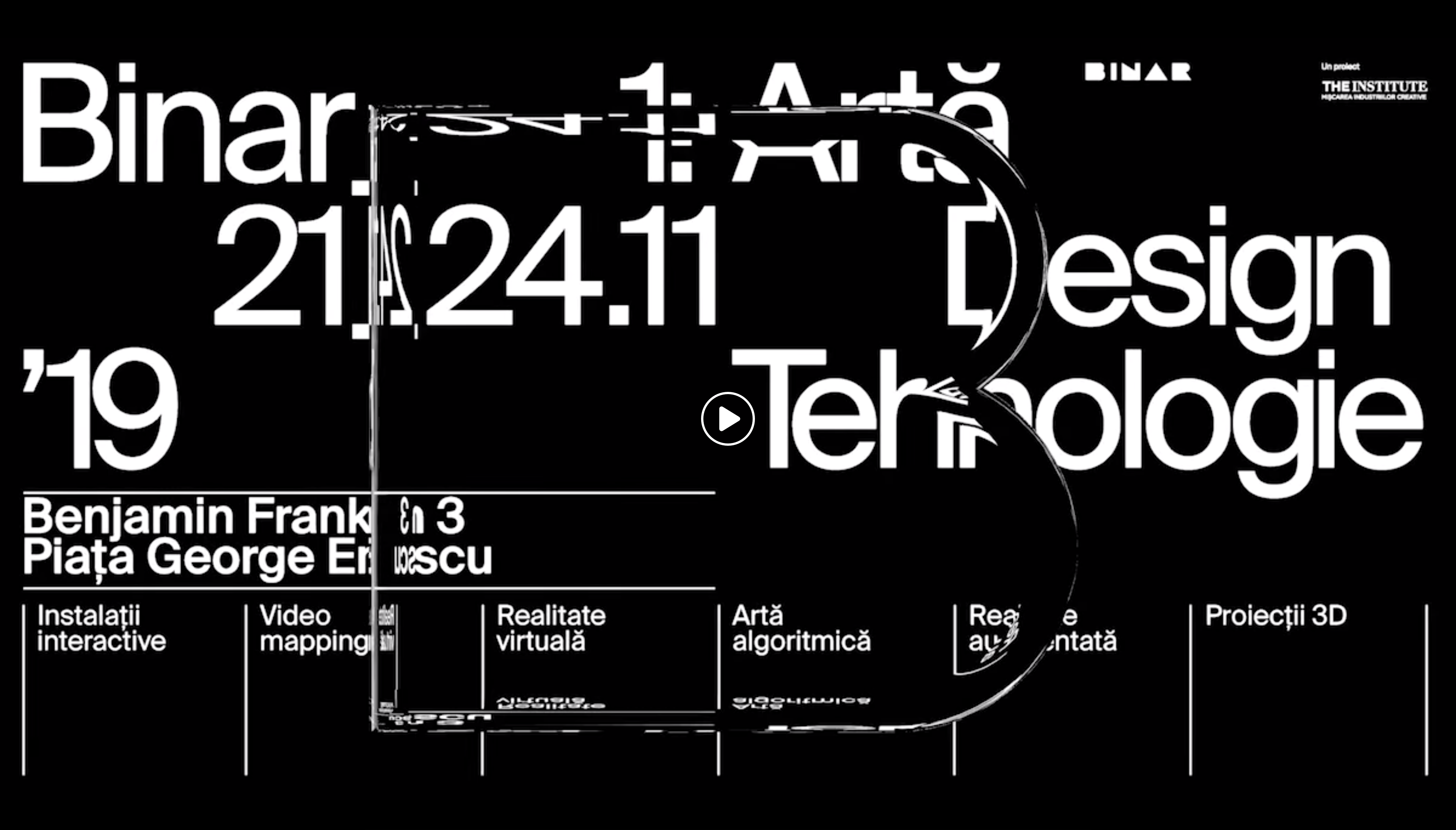 The first edition of BINAR, a project by The Institute and inspired by UniCredit Bank, will take place between 21th and 24th of November.

BINAR aims to index and promote the new media scene in Romania – artists, designers and promoters of digital arts – while showcasing local projects through an annual event open to the public.

BINAR exhibition will take place in the historical building that used to host Cina restaurant (George Enescu Square), in the Creative Quarter, Bucharest.

Detailed program and invited artists will be announced soon.