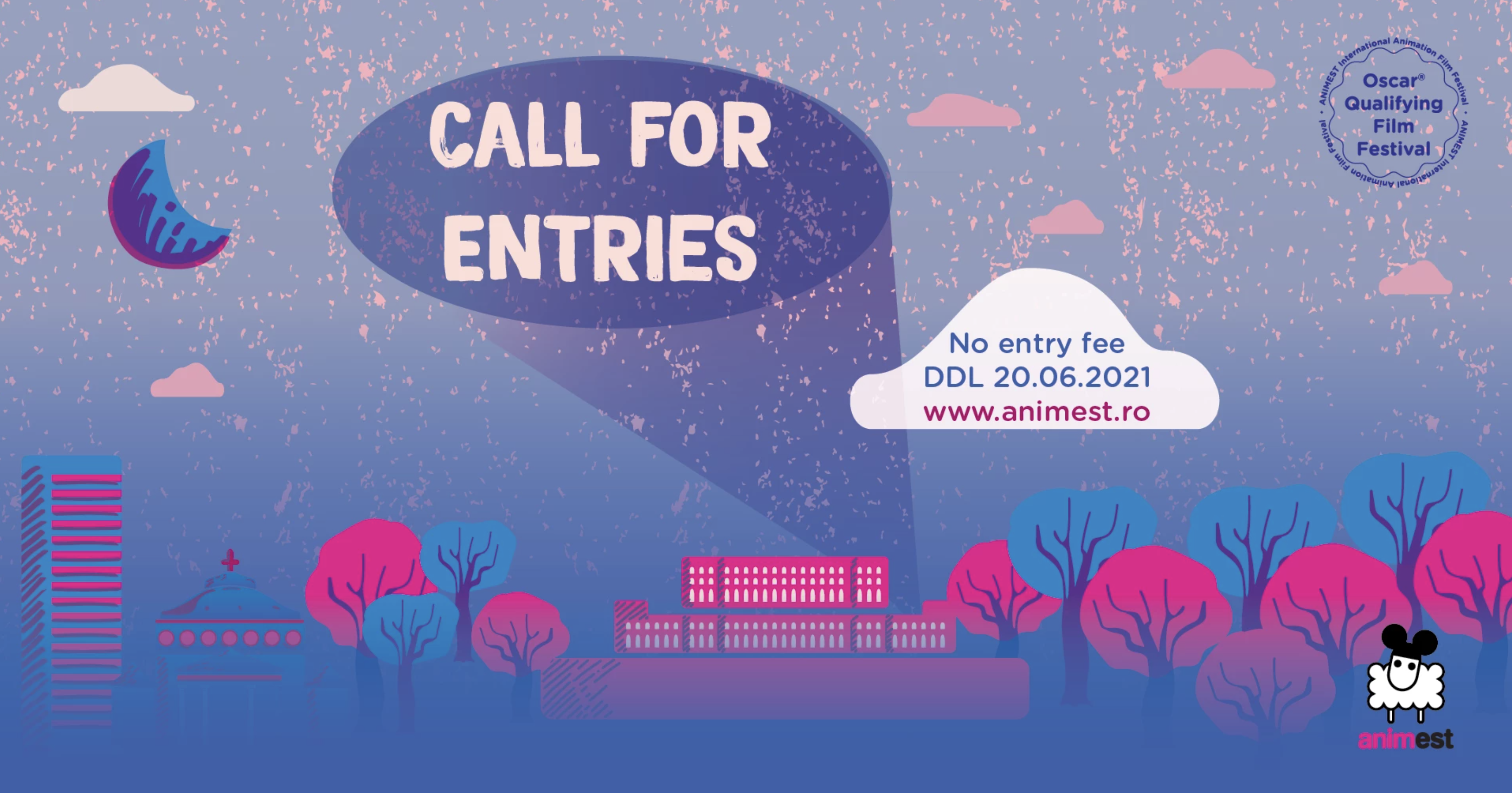 The 16th Edition of Animest Call for Entries

The 2021 edition of the biggest film festival in Bucharest, Romania, will be held between 8-17 October, and the deadline for submission is June 20th.

Animest is the only OSCAR® qualifying film festival in Romania, and it is also a partner of EMILE Awards, the European Animation Awards.

We are still confident, trusting our chances to return to cinemas for the 16th edition. On the other hand, the major success of the previous edition (our first ever online edition) convinced us to keep the virtual film screen on our festival map, so animation lovers from all over Romania will be able to watch your movies.

The submission is online and free of charge via www.animest.ro

We are looking for short or feature animated films produced after January 1, 2020, which could fit one of our eight competition categories:

The winners receive trophies and prize money, while the recipient of the Animest Trophy will be eligible for consideration in the Animated Short Film category of the Academy Awards® without the standard theatrical run, provided the film otherwise complies with the Academy rules.

We keep our fingers crossed for your ongoing projects.

Check the rules and regulations and fill in the entry form, then upload your film files.

We look forward to receiving your newest projects, and thank you in advance for spreading the word about us.