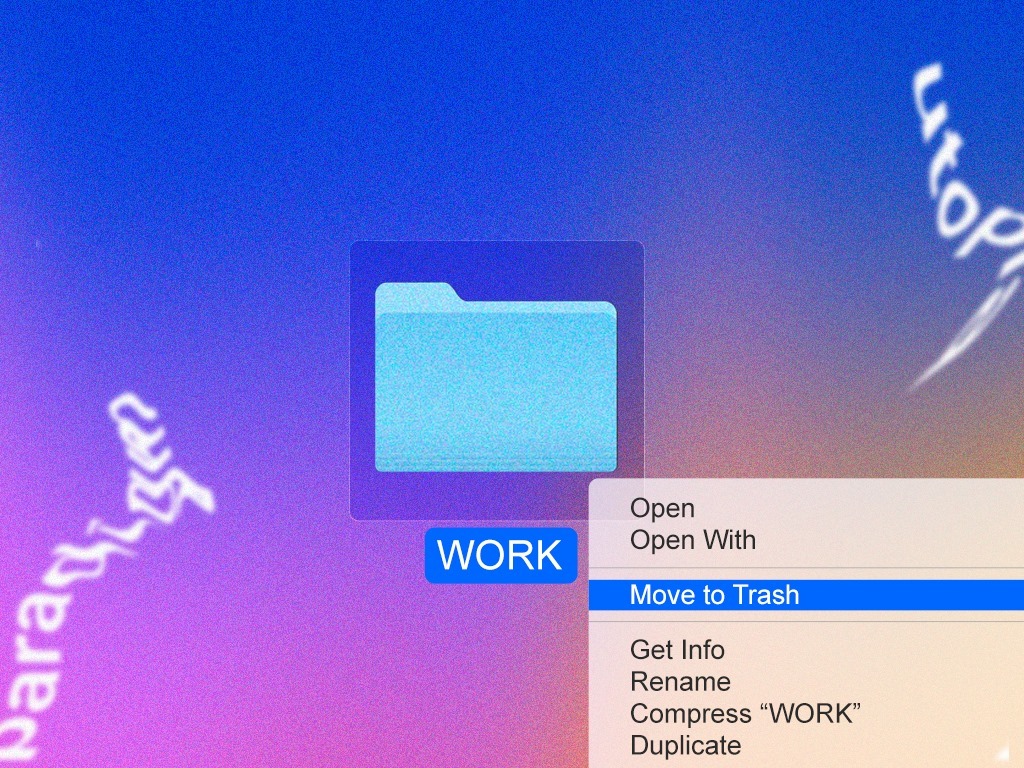 Around the world, work is going through a crisis.

Increasingly, work is regarded as bad for your health: stress, an overwhelming to do list, and long hours sitting at a desk. Belief in work is also crumbling among young people. More and more, work feels pointless or socially damaging.

Recent estimates suggest that between a third and a half of all jobs could be taken over by AI in the next two decades. Other forecasters doubt whether work can be sustained in its current toxic form on a warming planet.

What society could be like if all production was automated, the material abundance produced was equitably distributed, and nobody worked at all?

We’re launching a call for artists to create artworks with their vision of how a city would look like, in a world where we don’t have to work to sustain ourselves.

Will the next wave of automation return us to an age of craftsmanship and artistry? Would it be a future not of consumption but of creativity?

Leave your imagination to wander, and create a piece of art: it can be a painting, an illustration, a website, an AR effect, an essay, an Instagram post. (use the hashtag #postworkcity) Check the details on the website: https://postwork.city/

☆ミ Be featured in an online exhibition

☆ミ Participate in a roundtable discussion beginning of 2021